Argentina: a tour around MALBA, the Museum of Latinamerican Art in Buenos Aires 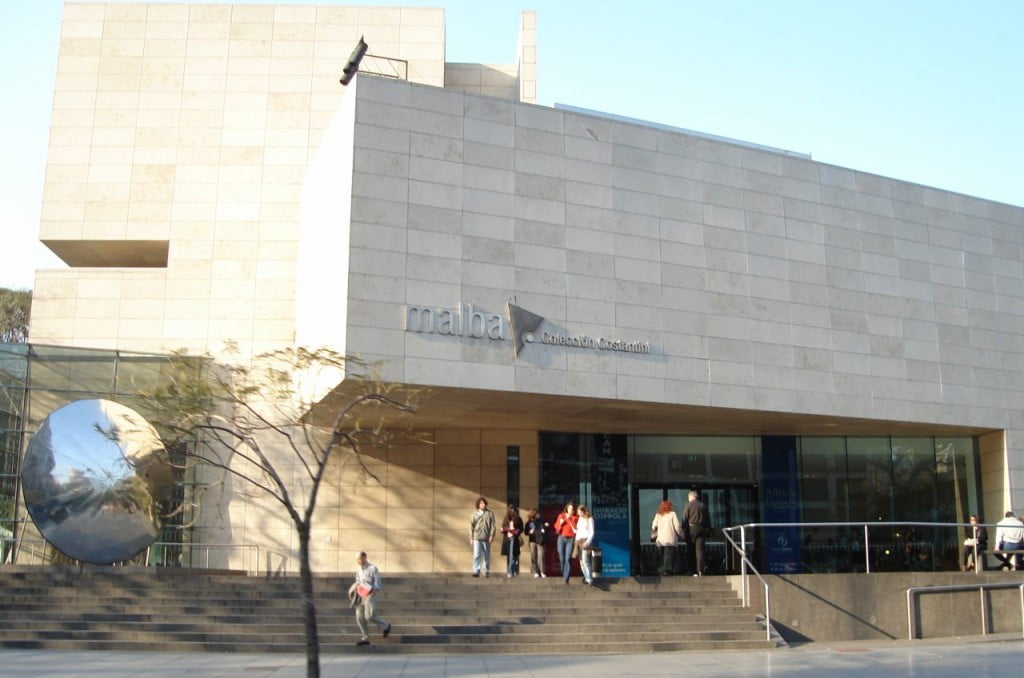 Laura Malacart: Malba is an astounding museum dedicated to contemporary art in the South American continent. It has just celebrated ten years of activity with an international conference assessing the status of Southamerican art, and is currently displaying, in its temporary exhibition space, a retrospective by Venezuelan artist Carlos Cruz-Diez, a pioneer of kinetic art. Could you tell us how this project begun?

Matilde Llambi Campbell: The Collection focuses on Latin American Art exclusively and the process of incorporating new works is vital to it. It began as the private collection of Eduardo Costantini in 1970.However, the largest incorporation of works took place in the 1980s. Costantini permanently states in catalogues that the collection grew in the 1980s but gained strength during the 1990s when he managed to make several significant purchases in international auctions. I believe he refers to the incorporation of works by Tarsila Do Amaral, Roberto Matta, Candido Portinari and Wilfredo Lam, among others. When the Museum opened to public in 2001 the collection had 228 pieces of Latin American Art of the 20thcentury. Some pieces displayed at the time were on loan, but Malba needed a good general script to face the public eye. From 2002 onwards there was an effort to complete the historical authors the Museum needed. At the time, artists, their families and galleries also started donating works. In 2004 there was a conscious decision to create an annual program of acquisitions focusing on Argentine art of the nineties that, within a range of possibility, would include other countries of the region. The Costantini Foundation signed an agreement with the association of friends that provided in equal parts a fund of US$40,000 to start with. Artists like Macchi, Gordín, Burgos, Centurión, Avello and Goldenstein were incorporated that year. In the year 2010 the fund reached US$ 130,000 with the help of private donations and companies. By then, the acquisitions were no longer limited by the time of their production; they were buying very recent pieces by many artists. Today the Museum houses over 450 works, and is still growing. Since its birth Malba also assumed the task of creating institutional visibility for new talents. Marcelo Pacheco, the artistic director, has often mentioned that an institution must avoid the temptation of narrating facts in first person to acknowledge its instrumental role as an agent that guards memories and stories to display them again updating their meanings, commitments and intentions. He says history happens looking towards the future, and therefore a permanent collection cannot canonize the past. I believe that is the way this collection is being led and the reason why it is so interesting.

LM: I heard that MALBA is the first museum in Buenos Aires whose building was constructed for that purpose, rather than being a reclaimed space.  The buildinghas a beautifully light design over three floors, housing a permanent collection, a temporary exhibition area, a cinema and a restaurant, could you tell us how the building itself came about?

MLC: The building became a need in the early 1990s. An architecture contest was organized, it was international and anonymous. It took place in 1997 in the context of the Buenos Aires Architecture Biennale. Yes, it was an important step because it was going to be the first Museum in the country specially designed to house a collection (all our other Museums were recycled buildings). Later another Museum came to life: the Fortabat Museum by Rafael Viñoly in 2008. Back in 1997 the Jury had international members, but the Argentine ones were secretly hoping for an Argentine winner. When the results came out, nobody knew exactly whom AFT were. It was a studio of three members: Atelman, Fourcade and Tapia, from the city of Córdoba in Argentina. They had come together as a studio only one year before. They had little real experience at the time but they have been doing great ever since. They promote the integration of different disciplines in their projects. Malba is special because unlike the general tendency of closing down the Museum’s space to outer light, it is very open to daylight. The design has four independent galleries, but only two are major. It articulates very clear rectangular and triangular spaces that collide in a central knot and open to the outside.

LM: In relation to Malba’s curatorial project, I seem to remember that it was this museum to introduce the notion of ‘guest curators’, while other institutions like the Museum of Modern Art will rely on one fixed curator setting the narrative…

MLC:  Yes. The guest curators have been an ongoing presence, especially (but not only) in the Contemporary Art room on the ground floor. I believe the opening of that space took place in 2002 with an exhibition by Esteban Álvarez and Tamara Stuby curated by Andrés Duprat. From that moment on, that kept on happening throughout the years till today. Sometimes an exhibition gets specially curated for Malba, like Marta Minujín’s retrospective, curated by Victoria Noorthoorn. Some other exhibitions come already curated, like Andy Warhol’s Mr. America by Philip Larrat Smith.

LM:  Let’s expand a little on the last sentence, hence on the ethos behind the curatorial project of Malba. It implies for me a notion that history and histories are constantly in the making and that art history and its discourses must be kept mobile, is this what is intended?

MLC:  I believe it is about paying attention to how certain ideas and interests that belong to historical processes, imagery, and daily life, keep appearing in Latin American Art, and how different expressions end up creating a dialogue through time adding alternative views. I believe the aim is to provide new ways of looking upon reality permanently.

LM:  We know that historically more men belonged to the art canon: who are the women ‘canonised’ in the Malba collection? Do you think there is an increasing presence of women amongst contemporaries?

MLC:  In the 20th century area, Tarsila Do Amaral, Frida Kahlo, María Martins, Lygia Clark, Gego and Remedios Varo (she was born in Spain, but lived in Mexico for quite a long time) are the canonized women. We also have a wonderful series of photomontages by Grete Stern. When the Museum opened there was a very important painting on loan by Raquel Forner as well. She is the top modernist woman painter in Argentina. That work went back to the Forner Foundation after a couple of years. I am hoping we will have one of her works again soon, as I am certain the Museum acknoweledges her work greatly. I am also hoping for a María Helena Vieira Da Silva, who was born in Portugal, but lived in Brazil for several years. She is a fabulous painter.

There definitely is a comparative growing presence of women in the pieces that are being purchased today. It’s a very good sign. I have been reading Griselda Pollock and Linda Nochlin. I think the transformation is taking place in a very smooth and natural way finally. Right now we are highlighting by location the beautiful Beatriz Milhazes the collection owns. It feels like something hard for anyone to question, because it is not part of a particular policy. It feels like it just belongs there.

LM:  Malba has a cinema with an exciting programme, could you say a little about it? Did the cinema begin with the project itself? How does its programming work?

MLC: Malba Cine has been run by Fernando Peña. He selects both classical international films and new Argentine independent ones. His contribution has a great impact in expanding what you can see in Buenos Aires. Malba has an outstanding legacy of support and promotion of independent films. One incredible thing that happened in 2011 was the screening of the full version of Metropolis by Fritz Lang with live music. The full copy had been located in an archive in Buenos Aires and it was put together for the screening. You could tell by the different qualities of the material which parts had been left out in the final cut. So it was complete, for the first time. Very special.

Matilde Llambí is an artist, researcher and collector born in Argentina in 1982. She has been a part of Malba’s education department since 2008.