On 13 March 1996 the European Commission published a proposal for a Directive to harmonise the law throughout the 15 member states of the European Union concerning artists’ resale royalty right, often called the ‘droit de suite’.

This legal right is already given to artists in 11 of the member states, but not to date in the Netherlands, Austria, the Republic of Ireland or the UK, and entitles the author of a work of art (or his/her heirs after death) to receive a percentage of the price of a work when it is resold by public auction or through an agent. At present the percentage ranges from 2% to 4%.

The proposal for a European Directive has been made by Mario Monti, the Single Market Commissioner, and aims to eliminate distortions of the market for works of contemporary and modern art within the Single Market of the EU. The proposal also reflects the EU policy of favouring a high level of protection for intellectual property rights holders; as Commissioner Monti has said, ‘this proposal will make a major contribution to promoting fine art within the EU while removing existing distortions in the market place’.

The proposed Directive, if adopted by the EU Commission, would then require approval by the European Parliament and the EU’s Council of Ministers. Given that only four out of the 15 member states already have this law, it is highly likely that this proposed Directive will become EU law and that the UK will have to introduce artists’ resale royalty rights into UK law.

Since issuing the proposed Directive, there has been a flurry of activity from dealers and galleries arguing against the introduction of such a law in the UK, which has been met by counter arguments from the Design and .Artists Copyright Society (DACS), the UK’s artists’ collection agency, which would probably administer the law on behalf of UK artists and their heirs if it came to pass.

In the coming months, there is likely to be a lengthy and heated public debate, for and against the introduction to the UK of droit de suite, and it is important that comment and argument is informed and accurate. Some of the key issues are as follows.

What is this right?
It was first introduced in France after the First World War to benefit widows and orphans of artists who died in that war. It is not a tax because the revenue generated does not go to the Treasury, but to the creator of the original work (or their heirs, since the right lasts for 70 years after death, as with copyright). It first arose internationally at the Bern Convention for the Protection of Literary and Artistic works, to which the UK government is a signatory and therefore committed to implementing, irrespective of any EU Directive.

How does it operate in practice?
The Directive proposes a rate of between 2% and 4%, depending on the resale price; the higher the price, the lower the percentage. It would apply to graphic, photographic and plastic works when sold in auction houses and galleries. The legislation would specify a selling price below which the royalty would not be payable. Elsewhere in Europe, the right is administered and collected by a copyright collecting society on behalf of artists (such as DACS in the UK). The legislation would give such a society the right to receive information from the auction house or agent about such sales, would receive the royalties and disburse to the artists or their heirs after deducting a small commission to cover its administration costs.

Why legislate through the EU?
The EU has been concerned for many years about distortion of trade across the Single Market, and the fact that II EU states apply this law distorts the market as a whole. In fact the Netherlands is moving towards introduction of the right and Ireland is examining its current copyright laws. Once the Directive is issued, there will be consultation by the UK Government with everyone affected and interested, before legislation is brought before the UK Parliament.

What are the arguments against it?
Dealers and auction houses argue that droit de suite would be unworkable in the UK and would damage their business to the extent that the art market would move from London to (say) the USA where the right does not exist (save in California). However, USA art lawyers indicate that if the right were to be introduced into the UK and harmonised across Europe, USA legislators would seriously consider its introduction there.

It is interesting and relevant to note that in 1992, Sotheby’s increased their buyer’s commission from 10% to 15% (considerably more than the 2% to 4% resale royalty that would be payable) and appear to have suffered no economic damage as a result. Moreover, both Sotheby’s and Christie’s take a commission not only from the buyer but also from the seller, which in Christie’s case amounted to around £5m of their profit in 1995.

Were sellers to contemplate placing their works for sale in the USA rather than the UK (to avoid resale royalty payments) they would be likely to incur further costs of transportation, administration and duty payable on entry of such works into the USA, all of which is likely to amount to sums considerably in excess of a 2%-4% resale royalty. They would also be the need to obtain an export licence, the granting of which is not always an easy or straightforward matter.

What about the artist?
Copyright was developed to benefit authors of original works and to encourage them to continue creating; for artists, it essentially covers reproduction and broadcasting. However, the majority of makers create their work for the purposes of sale, not for reproduction or broadcasting. It follows that, unlike musicians, composers or writers, copyright produces far less income for artists. Resale royalties seek to redress this situation for contemporary artists.

It has been argued that only artists who are already famous and economically successful would benefit from the right, and that it does not address the needs of the less well known and economically successful maker. While there is some weight in this argument, it speaks of a need to provide for the (possibly young) unknown and less economically successful maker, rather than justifying the non-introduction of the resale royalty right. Many artists would benefit substantially in their later (perhaps less productive) years from receiving resale royalties from resales of earlier works. Furthermore, the likely price threshold below which the resale royalty would not apply could be pitched at a level which would benefit most UK contemporary makers whose works were in fact selling. And there are good grounds for believing that resale royalties contribute substantially to the maintenance of artists’ foundations and archives from which the public as a whole benefits.

Is there support in the UK for it?
The Artists’ Campaign for the Resale Right was established in 1993 and is supported by 20,000 UK artists. It has an Executive Committee of three artists, a legal adviser and an administrator (provided by DACS) and is working closely with its Dutch and Irish counterparts. Their work with EU and UK Government officials, MEPs, MPs and other influential bodies and individuals has carried forward the wishes of the vast majority of UK artists to have the resale royalty right introduced here. (For further information contact ACRR at: Parchment House, 13 Northborough Street, London ECIV OUH: 01713368811).

Envoi
Having decided to write a piece exploring the issues involved, on reflection the case in favour of the introduction of droit de suite into the UK appears to be overwhelming. Perhaps there are those who can advance compelling arguments to the contrary, such views and comments would be welcomed. 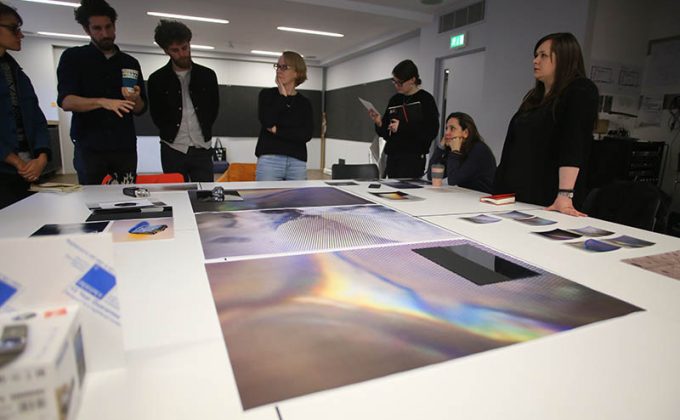