Simon Goode is an artist who set up his own centre and workshop dedicated to book arts in 2012. Here he charts the journey of the London Centre for Book Arts, concentrating on starting the organisation: researching business models, finding a space and working with volunteers.

London Centre for Book Arts (LCBA) is the first open-access centre dedicated to book arts in the UK. We offer studio membership, workshops and courses for bookbinding, printing, and related disciplines.

Setting up
I opened the London Centre for Book Arts in October 2012, after planning it for more than six years and a further two putting my plan into action.
The two years before opening were spent undertaking research, writing a business plan, sourcing tools and equipment, scouting for potential locations, and enlisting the help of volunteers to help me move in and set up.

Since graduating from the the BA (Hons) Book Arts and Crafts course at LCC, I started to collect key pieces of equipment and tools for my own practice, things like bookbinding presses, a small table-top letterpress press, and type, a guillotine, etc. I found that purchases often led to new acquisitions – old printers, especially, seemed to want to see their stuff in use again.

During this time I was working full-time at a university, and teaching workshops and taking on commissions in my spare time and at weekends to save up money to go towards studio start-up costs.
Opening LCBA was quite a challenge – I was advised when setting up that I ought to leave moving in and paying rent on a bricks and mortar workshop until we were established – but I don’t think it would have worked like that, as the unique selling point of the Centre is that we offer access to equipment which is hard to find (imagine a print studio without a studio, or presses!), and a space in which to work.
However, the advice that was given to me back then rings true – I’d certainly try and find a way around committing to rent for as long as possible. It might be that your fledgling organisation can be based within another, more established space. Ask around – often, studio space providers, galleries or businesses might have a spare floor, room, annex etc that they would be willing to sub-let for a day, a week, a month. There are other, new organisations who might be about to take out a lease on a large space which they might not be using fully – ask around. There are also spaces for hire that might work in the short term – church halls, scout huts, maybe even the upstairs of a pub. Be resourceful.

Research
If you are planning to set up an organisation, as with starting any business, you must do your research. For LCBA, as there was nowhere quite like it already in the UK, I had to look further afield. The USA already had a number of well-established, well-funded and well-resourced book arts centres, so my decision was to take a three-month sabbatical from my full-time job and take a self-funded research trip to see for myself how the organisations, which I aspired my studio to be like, worked.
In hindsight, I could have probably sought funding for the trip – there are a number of grants available for artists to undertake research such as this, including the Churchill Foundation and Arts Council England’s Grants for the Arts.
The research trip allowed me to see how six of these organisations worked – and the advantage of having visiting all of them meant that I could select elements of the organisations that I think would work best in London. I kept a blog during the trip, (read the first chapter here and the second here) documenting the studios and workshops that I visited. At each destination I tried to find out how the studios were started, who ran them, how they were funded, what was taught there and how, the facilities available, and so on.

I originally scoured property websites for commercial lets for LCBA – these included shops, workshops/industrial, and office spaces, as well as spaces through existing studio space providers. I was lucky in that I found a large space that was being offered by a studio space provider, which needed work doing. As they were installing new lights, electrics, etc, I was able to negotiate a three-month rent-free period.
I would recommend asking the landlord when enquiring about a commercial let about a rent-free period – they are quite common in the commercial sector, and the worst they can say is no. It might even be that you negotiate another deal – maybe hosting events for the organisation (if a studio space provider), or offering your services in lieu of a fee for a reduction in rent? I think the days of peppercorn rent to small arts organisations are gone, but it might be worth finding out whether your local authority (or the local authority of the area where you want to be based) have any commercial properties available for a rent-free period. This is probably less likely to happen in London but may certainly be possible outside of London.
The rent-free three months allowed me the time and space to be able to move in all of the heavy machinery (which was being stored in storage units), set it up, get it serviced, and slowly work out how we were going to use the space. I think it would have been quite a lot of pressure to not have the time that we had in setting up – these things always take longer than you would expect.
The business plan helped when approaching the studio space provider. They wanted to see that we had done our research and that our proposal was financially sound. Without a business plan, they wouldn’t have allowed us to take out the contract.

During the initial start-up phase, simplicity is key. For the time being, you can start your organisation as a sole trader or partnership. Worry about becoming a co-op, charity, non-profit etc later on once you know how the business works. It would be counterintuitive to expect to know what sort of form the business should take before it’s even begun trading.
I started LCBA as a sole trader. It kept things simple when I had lots of other things to worry about – and meant I could carry on as I was as a self-employed artist. However, it is risky as I am solely liable. You may find that things are different for you and that you’d prefer to set up as a Community Interest Company, or limited company, charity, charitable incorporated organisation, or a co-operative. Definitely seek independent advice.

Studio membership is aimed at people who have taken classes, or who have prior experience, who wish to use the studio on a more regular basis. Members can work at the studio whenever we’re open, with no restriction, for £90–£125 a month). Membership is great as it means we have a real community building around the studio, and occasionally we have studio members involved in special events, commissions, and to help out at our open days.

I also decided to run a supporters scheme, Friends of LCBA, who each pay £40 a year to help support us, and in return they get discounted rates on our workshops. This was invaluable in gathering funds to start up. Currently, the income for LCBA is probably split 80:20, with 80% of our income from workshops and private hire, and the other 20% from studio membership. We run private workshops and events for groups and corporate clients, which, while not so regular, really help in paying the rent and allowing us to invest in materials and studio improvements.

Volunteers were invaluable when we were in the start-up stages of the studio. They helped me move the equipment, to get the studio ready, to help with marketing and promotion, and also to give feedback on how things were shaping up. In exchange, we offer them free studio access and workshops, depending how long they volunteered with us for. We don’t employ interns yet, as we can’t afford to take on paid staff members, and firmly believe in paying minimum wage to interns.

Getting ready to launch was a really exciting time. We had the help of a freelance PR person Anna @ArtsPRLondon, who kindly volunteered her time to help us get the word out to many media outlets, including the Guardian, Financial Times,Creative Review, Print Week, Design Week, and many others. It was fantastic to have such good press, and really, really helped us get off to a good start. A good, solid press release is an absolute must – get someone to proofread and suggest changes before sending it on to anyone. Also, images are super-important – high quality, print-ready, and visually interesting are a must!
Opening the Centre has meant working collaboratively every step of the way, be it with volunteers, with the tutors and instructors who were running workshops, with the landlords, and also with artists who have been the ones to approach us with suggestions for projects and ideas for how the Centre could be shaped to best fulfil their needs. It’s been a fantastic learning experience: I have learned that others sometimes approach matters with a different viewpoint, one which ends up much more fruitful than if it were just me making decisions. It’s great to learn how to delegate – something I wasn’t so good at – and working with my partner (who runs the studio when I am at work) is great as we both have completely different artistic backgrounds, which complement each other well.

I’ve made lots of sacrifices. I’ve took plenty of “holidays” from work to complete work for LCBA. I’ve had weeks and weeks and weeks without a day off. My artistic practice has been put on the backburner, but I see the studio as my newest project – I always will be a practicing artist, and see the Centre as part of my practice. I’ve learned so much about the more practical aspects of how a studio is run, and things like equipment maintenance, ordering in stock, working with external partners – which I wouldn’t have had if I’d not taken the leap…

0
Still need help? Contact us
set up an organisation

Ursula Kelly: working full time and being an artist 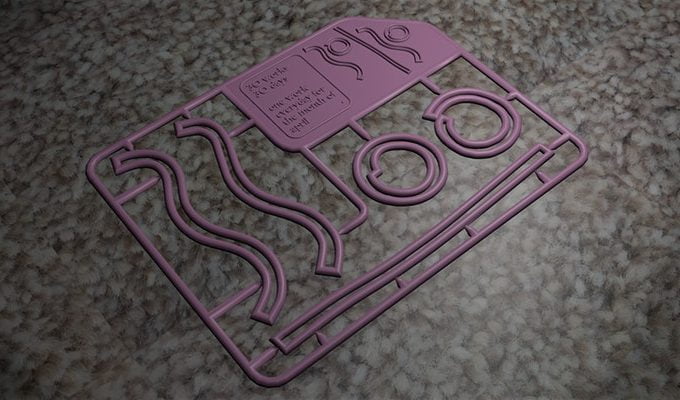