‘Millions of artists create; only a few thousands are discussed or accepted by the spectator and many less again are consecrated by posterity.’ So contended Marcel Duchamp in his talk on ‘the creative act’ in 1957 at the American Federation of Arts in Houston, Texas; he concluded that ‘This becomes even more obvious when posterity gives a final verdict and sometimes rehabilitates forgotten artists.’

Recent reports of artwork being unsympathetically dealt with after death may give pause for thought to artists currently uninterested in their treatment by posterity, which may over time come to value their life and work.

Many artists execute a last will/testament providing for their ‘artistic estate’ being dealt with post mortem. But many artists execute no such document: some because they die unexpectedly before doing so; others because they have no interest in posterity’s verdict on their works. Whatever the reason, the consequences of artists dying legally ‘intestate’ (absent a last will/testament dealing with their works) may be profound. Consideration of key aspects of the life and work of Fred Yates will exemplify.

Yates died at a London hospital in 2008, having fallen ill when travelling from France to England, where he planned to live in a house he was buying. Manchester-born in 1922, the loss of his only sibling and twin brother in 1944 deeply affected Yates, who became reclusive for the rest of his life. Yates trained and practised as an art teacher in England until retiring to paint full time in 1968, doing occasional paid gardening work when needing income.

Yates acknowledged being influenced and inspired by fellow Mancunian, L S Lowry. Often described as ‘a happy Lowry’, Yates said of his own practice: ‘It is the man in the street that I’m after, whom I feel closest to, with whom I want to make friends and enter into confidence and connivance, and he is the one I want to please and enchant by means of my work’. Slowly selling works to a devoted coterie of public and private collectors, gradually gaining wider recognition, having his first London solo show in 1992, Yates then relocated to France. He was represented until his death by the London-based John Martin Gallery.

Yates never executed a last will/testament, and died without any apparent heirs (surviving spouse, descendants, parents, grandparents, descendants of parents, children or grandchildren of grandparents, or great-grandchildren of grandparents). Under UK law dying intestate meant that Yates’s assets became ‘ownerless goods’ (bona vacantia) automatically inherited by the state. Under French law a similar escheoir (fall-out) doctrine operates when a person dies without ‘natural heirs’, whereby their assets are likewise ‘escheated’ to the state.

At this point legal complications entered the picture because Yates’s assets at the time of his death were located in both France and England: around 400 paintings in France and 200 in England, plus a number of French properties and almost £500,000 banked cash. Should the disposition of Yates’s assets be determined by applying French escheat law or English bona vacantia law to the entire orphaned estate; or should each country’s law apply to assets only located in that state? Put another way: should France inherit all assets including those located in England, or the UK everything including those located in France; or perhaps only France-located assets should go to France, and England-located ones to the UK?

France acted first, doubtless wanting to escape the financial burden of storing Yates’ assets located in France; and so, as is customary with escheated property, its large cache of paintings was consigned for public auction without reserve in Paris. According to Yates’s longstanding dealer John Martin: ‘The auction included some of Yates’s most important late paintings and realised barely a fifth of their value … The decision to sell the work in Paris defied all logic … it was a mindless act of lawyers who hadn’t a clue about the value of what they had been entrusted with.’

Yates’s England-located paintings were being stored by John Martin, so he liaised with the UK Government’s Legal Department (UKGLD) that eventually decided to treat those assets as bona vacantia – essentially because Yates died intending to relocate permanently to the UK from France. UKGLD has now evidently taken the same approach as its French counterpart, saying that it is ‘not in the business of retaining assets for the purposes of hoping to increase capital value over time’, and deciding to sell via public auction the English assets including the 200 paintings.

UKGLD has not yet been persuaded to adopt an alternative to public auction: a plan that Martin has devised and proposed with a consortium of UK museums and the Art Fund. The proposal contends that Yates’s England-located paintings currently entrusted to his possession, rather than being sold, could be housed in public-facing UK institutions whose management of them could be funded by earning royalty fees from licensing their reproduction and merchandising. Martin says that ‘as is often the case with artists, writers and composers, the greatest value lies in the royalties due on his estate, which in the case of Fred Yates has been estimated to be worth as much as £10m over the next 70 years’.

Martin urges that his is ‘a win/win proposal … an initiative that was keenly followed by the Art Fund and the Department for Culture, Media and Sport … and gained the support of the Truro MP, Sarah Newton … if successful, it could have provided a blueprint for the long-term care of cultural assets, allowing cash-poor museums to create an important stream of income whilst offering significant public benefits’ and could ‘generate wider interest and recognition of the artist, which in turn brings increased value and increased royalties’.

UKGLD has sold only a few paintings to date, and Martin continues to press the case for the remaining large number not being sold, explaining that: ‘The likely auction price for a single-artist disposal of this scale would be about £300,000 – about a fifth of the value of the estate if the work was sold individually. But, worse, it would have a significant knock-on effect on the value of royalties from a flooded market. Royalties are paid for 70 years after the artist’s death and will often constitute the most valuable part of an estate. The act of selling the paintings off at auction does not discharge the government’s responsibilities.’

When further pressing UKGLD to recognise the cultural value of his alternative plan, Martin might cite the ancient aphorism coined by Hippocrates of Kos, translated as: ‘life is short, and art long, opportunity fleeting, experimentations perilous, and judgement difficult’.

The Length of Copyright 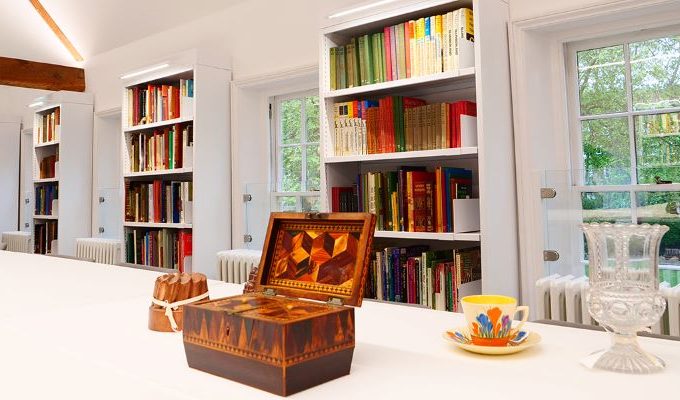