We can go back to 1870, to Courbet and Manet’s responses to the brutal suppression of the Paris Commune. William Morris’ Socialism supported craftsmanship against industrial militarism. Picasso joined Anarchist circles in Barcelona when Spain lost the Spanish American War over Cuba in 1898. Futurism and Vorticism are the art of the First World War, the horrors of which led to Dada, a world gone mad. The Russian Revolution led to the dream of Suprematism and then Socialist Realism. The Post War Depression gave us the cruel vision of Neue Sachlichkeit and New Deal Realism. The Mexican Revolution led to Rivera’s murals and the Spanish Civil War gave us Guernica.

The Second World War with Hiroshima, Korea and the Cold War led The House Un-American Activities Committee to silence US artists, mostly ex-Trotskyists, who turned in upon themselves to Abstract Expressionism. European artists divided between Socialist Realism and abstraction. The Independent Group brought us the nightmares of bombing, US Pop satirised consumerism and it came across the Atlantic as seduction rather than criticism.  Gerhard Richter and Sigmar Polke fled to the West from the two defeated cultures that were intertwined in the DDR. They knew what they were looking at. They worked with Konrad Leug to create a new cocktail of pop art and socialist realism called Capitalist Realism.

Norman Mailer’s book Armies of the Night depicted the great anti-Vietnam Protest March on Washington 1968. Vietnam flooded into every aspect of US culture: the Art Worker’s Coalition protested at MoMA in front of Picasso’s Guernica with posters about the My Lai Massacre: And Babies? And Babies. Art & Language grew out of the Bertrand Russell Peace Foundation and CND Committee of 100. Carl Andre kept silent about his experience of the Draft but placed an ad in Art Rite congratulating the Vietcong on their victory. The Zen influence from the ruins of Hiroshima, Korea, Vietnam, Cambodia and Laos permeated art in the USA.

In mainland Europe the UK was criticised for doing away with Conscription. “If you still had a People’s Army they would not allow the Civil War in Northern Ireland to continue. We know this from our history, which is why we keep a form of National Service.” The Troubles continued until August 1994. The ironically named Good Friday Peace Deal was finally signed in 1998. When Vietnam ended so did the Draft in the USA. Now the USA has joined the UK in having a Professional Army, a Mercenary Army, an army that gets paid to kill, not to keep the peace for the will of the people. The ordinary soldiers come from the dispossessed that has no voice in the media.

With all the wars of recent years: The Falklands War, The Gulf War, the invasions of Iraq, Afghanistan and Libya; and now civil wars in Egypt, Syria, East and West Africa, artists have almost remained silent: unless we count those who take the ‘Queen’s Shilling’ from the Imperial War Museum. The most notable exception is Steve McQueen’s Queen and Country: 160 postage stamps commemorating 160 soldiers killed in Iraq up to 2008, that the Royal Mail has so far refused to produce. McQueen went onto make Hunger, 2008, about the IRA Hunger Strike.

The West has been in the midst of a grave Economic Crisis since 2008 only surviving by printing money – ‘Quantitative Easing’. The vast cost of the equipment supplied by the Arms Industries is a key part of the problem. The USA figures released a few years ago are that it costs a million dollars to keep one soldier in Afghanistan for one year.

In 2008 Jeremy Deller and Alan Kane made a Frieze freebee calendar chart of the Arms Fairs and the Art Fairs. The cost of war is a major reason for the dire straights our economy is in, leading to cuts in the arts and other forms of social funding.

The manufacturing involved in the arms industries is a factor in the damage to the environment. Why are we so concerned about the Iranian Nuclear Industry’s ability to develop Nuclear Weapons when our Government is persuading us that Nuclear Power Stations are the answer to global warming rather than a threat to the environment, even after Fukushima? The arms industry is one of the main causes of global warming.

Now the times are getting much worse and even more serious. I have not tried to discuss Arab Israeli Wars. Or should they be called Israeli Arab Wars? I went to Ramallah, Palestine, and I read the Jerusalem Post on the plane home and I was frightened by what I read. We know recent wars have been against Muslims in the Middle East but now Nigeria, Kenya and Somalia show us the West is failing to convince Africa of our values: instead, Africa, like Cassius Clay becoming Muhammad Ali, is looking to Muslim values.

Who are the avant garde artists who can help us make sense, or even dada nonsense of all this? In London, the Capital of Capitalism, the art institutions chase the Collectors, the Bankers, Captains of Industry and Arms Merchants. The artists in London have a terrible stark choice, to be victimised or to prostitute themselves.

The victimised artists share some tiny islands of the moral high ground with artists working outside of London. Normal life now brings ordinary artists into regular contact with the migrant communities, and the artists emerging from all those communities, that now make up a substantial proportion of our population. They are the people from whom artists can start to listen and learn about the realities of the rest of the world outside the cocoon of the West. It is in cities like Birmingham, Leicester, Bradford, Liverpool and the poor neighbourhoods of London where artists can make radical art that is on the side of the people and against all these politics of war. This is what all good avant garde art always has been about and always will be about. Let us celebrate Steve McQueen, Chris Ofili, Rasheed Araeen, Keith Piper, Hurvin Anderson, Barbara Walker, Zarina Bhimji, Hew Locke, Jananne Al-Ani, Sonia Boyce and a hundred others as the avant garde artists of this decade.

0
all case studies, the art world 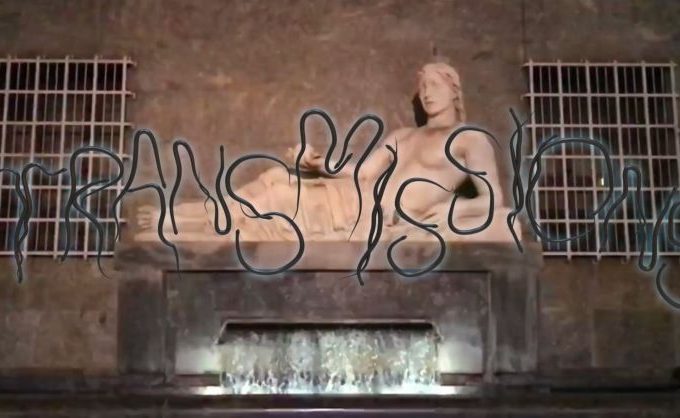 TRANSMISSIONS is an online platform that commissions artists to share their work within a classic DIY TV show format. It is initiated by Anne Duffau, Tai Shani and Hana Noorali and supported by a numb… Continue Reading TRANSMISSIONS