It could be argued that the UK is experiencing a very gradual cultural shift. A decades-long and relatively definitive trajectory has been ebbed slowly by episodes of both economic and civic uncertainty and we, as often-nomadic beings, seem to be aloft the contrails of a less definite future, for good or bad, and in more ways than one.

As artists, if our innate precariousness counts for anything, we should be some of the most prepared people for shifts in trajectory, for unforeseen forks in the road, to have the mental agility to vault into unknown situations to make things work for ourselves and our surrounding community, in spite of doubts. We’ve been doing it for a long time. 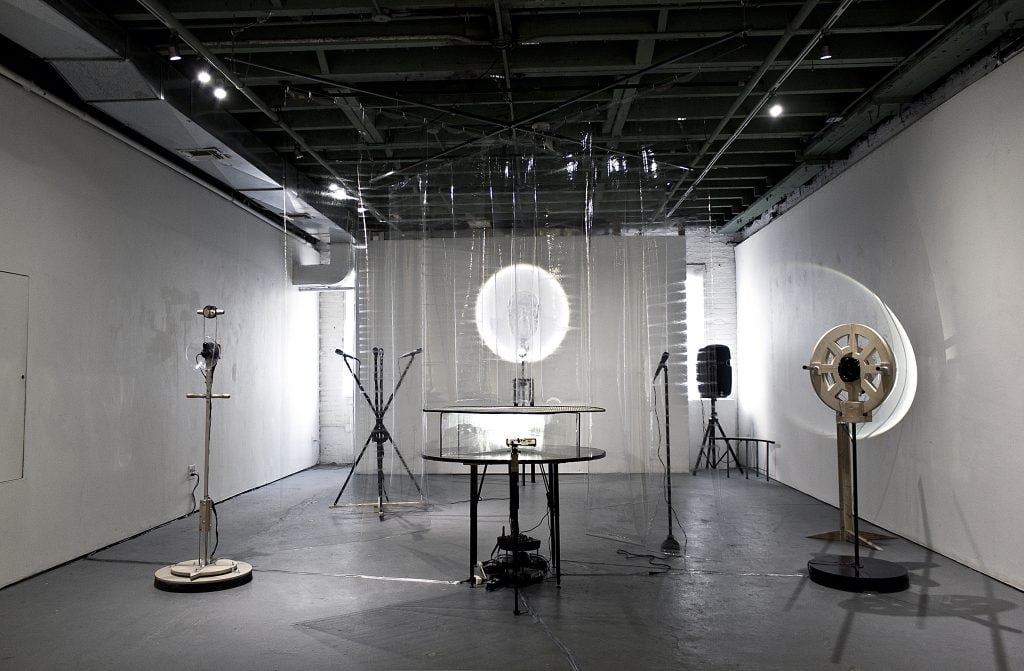 It’s clear I hope, that I appropriate the term innate precariousness as a strength rather than the weakness the term precariousness is usually associated with – as a kind of dexterity one needs to walk our own tightrope whilst simultaneously keeping on eye on our surroundings, and to do our part in cultivating the garden of our (arts) community.

Baring many guises, this fore mentioned cultural shift, has enacted itself, quite uninvitingly, in many areas of society in recent years, not least education, cultivating a neoliberal approach to curriculum, moreover, a mysterious sense of how to carve a mark as an independent practitioner in any respective field. To hone it down to the visual arts; take the arts graduate. To be an arts graduate in this epoch is like being a kid on the fist day of school, not an adult who has just done their last. What to do, where to look, who to be friendly to, how to make a living are all questions that permeate the minds of the recently graduated artist.

There are two contexts in which I’d like to frame this. The former is pretty dreary, whilst the latter I hope will bring enough positivity to conquer the dreariness of the former. Let us, for a moment, take a diagrammatic view on the art sector and the graduate’s position within it, if you will, and do some cold, hard math.

With a rate of close to 45,000 arts graduates entering a post-university world each year in the UK alone *, joining the post-university world alongside an average of around 4000 arts postgraduates*, we are looking steadfastly at a single country that will have produced close to half a million arts graduates between this new year and 2029. From long-term jobs to Arts Council grants, to residency opportunities and commissions, sales and exhibiting opportunities, for most the idea of generating a financially sound income from these conventional modals does not look pretty, even if we believe it does. 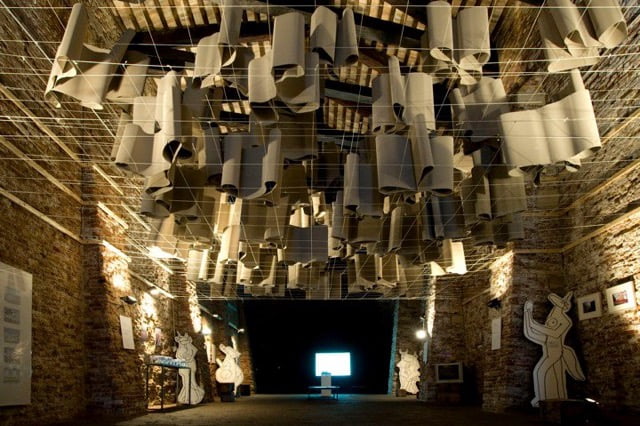 Now more than ever, the centuries-long truth that we will need an additional income has hit the very keel that it has usually occupied, bar small and sporadic periods. However, in addition to this need for another income for ourselves, we are increasingly seeing the need for alternative incomes for programming, commissioning and getting things done on an organisational level.

How to proceed then, how to tread this populous terrain.

Perhaps the most common way that this dexterity manifests is nomadism. It is increasingly expected, and liberally offered, that we travel to do much of the work that our practice and our ambitions demands and desires. My curatorial ambitions four years ago led me to undertake a postgrad programme at Konstfack University of Arts and Design, Stockholm, an intense but intermittent one-year programme in which I found myself alternating each month between international curator in Sweden and pot wash in an unforgiving back end of a Cardiff restaurant, interesting times. This reliance on washing dishes sat uncomfortably with me at the time, a discomfort perhaps magnified by the contrast between these two states, the international curator and the pot wash, but I think of it now as strangely nourishing, however difficult it was financially and physically. I remember envying my counterparts on the graphic design and visual communication programmes, who had the kinds of skill-sets that could earn them £1500 in a week to pay for the next semester, before resuming the course. I sense now that the skill-set we develop in the vocation of visual or fine art is exactly the dexterity I spoke about earlier, rather than the kind of skills find in the requirement matrix of a job application.

Having undertaken two residencies here in Portugal in 2017 I find myself back again, writing this. The draw this time, given I’m not on a residency per say, is hard to put my finger on in an articulated way, but it has much to do with an inherent interest in so-called DIY culture, but with a backdrop of an intense void of support. My time spent here illustrates to me more and more a self-governance that has been quietly cultivated throughout the artist-led world, pertinently an arm of the artist-led world with practically no institutional support whatsoever. I’m fortunate enough to find myself utilising another broad interest of mine, linguistics, to pay my increasing Portuguese rent through teaching English both in person and online, affording me the flexibility and spare time to be an artist or to write.

To think back to the dual ontological make-up that my life seemed to me to have in and out of Stockholm, between Swedish postgrad art school and grimy Welsh pot wash area, I see a harmonious situation in teaching English online whilst working abroad curatorially. I’ve enjoyed, for example, having the pleasure of participating in Copenhagen’s Art Week 2018 as a member of the visiting curators programme, enjoying the intense schedule of activities whilst being able to take time out to nip to my accommodation to teach lessons via Skype, all under the guise of ‘having an important meeting on Skype, I’ll be back later’, not technically lying, the art world loves Skype. 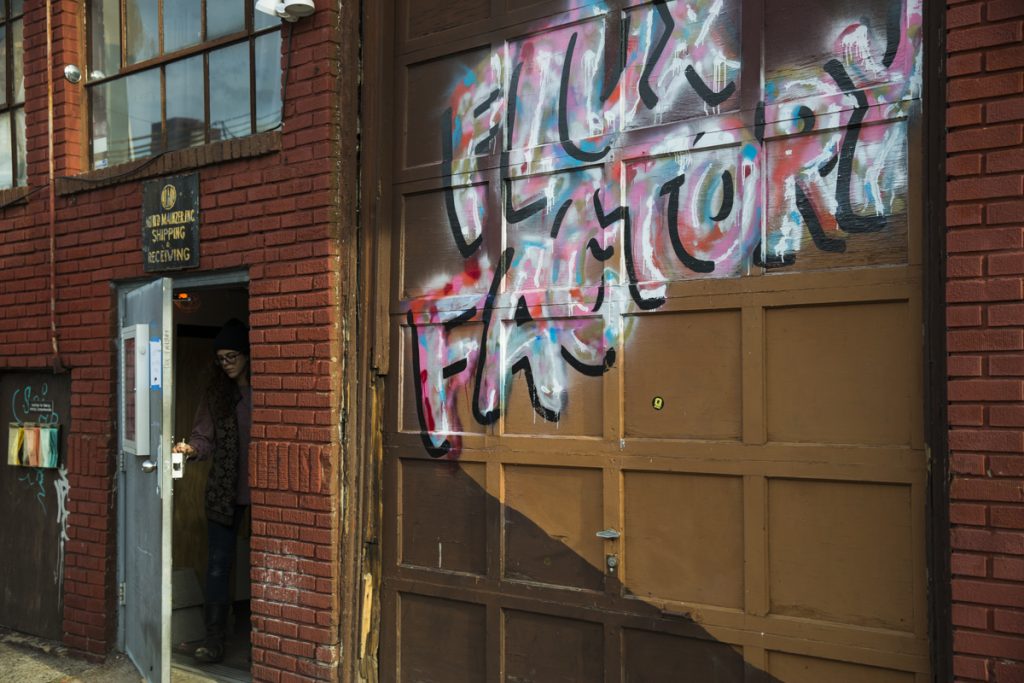 Traversing the scene in Portugal, getting to know the pillars of its artist-led underworld, I’m reminded of another void of governmental support, the U.S. In particular, I’m reminded of Flux Factory, a twenty years-plus community of artists and other creative people that inhabit a similarly under-funded world of New York City. I was lucky enough to bump into Flux in 2011 and have continued to spend periods living and working there for the no-visa-required periods of three months most years since then.

With studios, gallery, workshops, kitchen and roof terrace, everything within the walls of Flux’s former greeting cards factory in Long Island City, Queens has been salvaged, scavenged or created in house, and each tells a story of the particular time that the particular member put it there. Its programme of exhibitions, parties, public realm outbreaks is democratically arranged, and supported by the communities ability to conjure strange and effective ways of getting some dollars together. 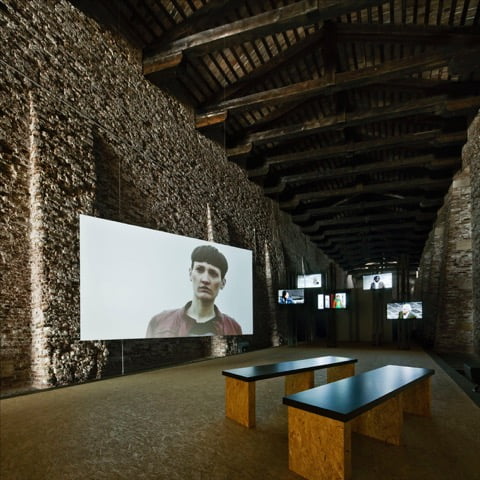 It didn’t feel particularly implausible that, while a recurring resident, I heard of an initiative of pooled waiter’s tips from the Thursday night shift that was distributed to a selection of small artist projects, the weirder the better, by a critical mass of artists that had inhabited the restaurants and generated a new, albeit modest ecosystem of mining money from Manhattan’s middle classes.

Can’t afford premises for your art space? No problem! – This was the attitude of the artist, curator and long-time fluxer Will Owen who, as part of Flux’s 2017 programme took full advantage of a nearby self storage facility’s ‘one month free’ offer plastered on it’s giant frontage, and covertly invited collectives who had lost their premises due to escalating rates in the city to legally occupy these units, curating a festival of exhibitions, meeting spaces, guided tours and interventions in the most unlikely of places, reflecting both the nomadism and the resilience inherent in artists in these kinds of neighbourhoods.

On several occasions spanning a few years, my personal nomadism took me to Venice, where on the south back of the city’s main island, Sale docks, a vast and highly organised collective of artists and activists occupy a space which opened my mind as to what a ‘warehouse’ can be in other countries. Without a breezeblock in sight and in mild temperatures, the collective throw parties, big parties within its high walls of stucco and timber, subsidising an impressive programme of sonic, visual and performative arts in a political context. In the venetian context, its engineering of some of the most meaningful international collaborations – in a city that is the natural habitat for flavourless institutional international art presentations – is a unique and wholly independent engine. 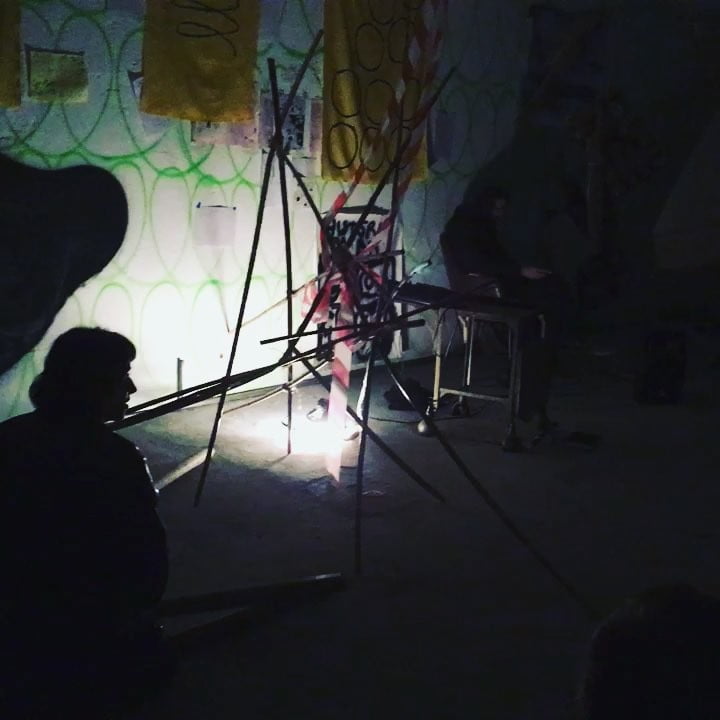 Back to the present; Lisbon is the home of the artist collective Estrela Decadente, who have been operating a performance-come-club venue since 2016 to generate funds for a programme of exhibitions, albeit requiring them to create a specific budget to cover their regular city council fines for noise pollution. Whilst not the most amiable of collectives, and certainly not the most family friendly of venues by public opinion, its stance is admirably firm and its programme equally independent.

Realising that not every town or city in the UK has the kind of critical mass of artists that New York, or even Lisbon has, one could argue that things are a lot better in the UK than we think. That we sit comfortably between two states; the state of not having enough public funds for artists to round everybody and the state of having ample support for artists. Whilst one could argue that a lack of public support for artists stifles the artist, one could argue back that the mere opportunity for public funding stifles the artist’s disposable time by encouraging him or her to spend vast amounts of time applying for funding that he or she might not get. A solution to this dichotomy is no closer to my mind than it was several years ago, but things get tantalisingly less opaque as the months and years go by, that, regardless of the whims, the highs and lows of the public purse, its eagerness to support artists and organisations, the engines that drive artist-led culture should be sustained, maintained, well-oiled and most importantly propagated.

Sam Perry is an independent curator and writer based in Lisbon, Portugal. In recent years he has been developing multidisciplinary projects, working with a wide community of emerging artists and collectives. His recent curatorial work has incorporated experimental writing, talk-based events and public interventions. Through collocating creative texts and weird imagery in places that neither creative texts nor weird imagery usually inhabit, Sam has most recently been writing and often performing ekphrastic texts in response to works of art, regularly collaborating with artists and organisations such as Zaratan Arte Contemporânea, Lisbon, g39, Cardiff and Raketa, Stockholm.

Sam graduated from Plymouth University in 2006 and from Konstfack, Stockholm in 2015. Independent projects in recent years include To Begin, at the Beginning, NURTUREart, Brooklyn, NY, 2014, Cities of Ash, g39, Cardiff, 2014, 7 Common (with Case Studios collective), Flux Factory, NYC, 2017, Shopless, g39, Cardiff and Zaratan, Lisbon, 2018 and In the Possible Event (with Nuno Direitinho), Zaratan, Lisbon, 2019.

An annual research residency from Artquest in partnership with Conway Hall Humanist Library and Archives This slideshow requires JavaScript. This project is temporarily suspended due to ongoing restri… Continue Reading Conway Hall Residency