Programmes ending or continuing through 2011 included:

One-off or short-term projects in 2011 were:

A series of talks and a bursary to encourage the practical and critical skills artists need to make money out of their practice. Responding to the idea that artists and makers in London are under increasing financial pressure, these seminars equipped artists with the knowledge they need to sustain their practice.  It provided a practical project to test out ideas which can generate income through sales of editioned artworks.  It was aimed at artists and makers at any stage in their careers that already had the necessary practical skills to create their own work – in printmaking and photography – but were looking for ways to develop new editions.

Talks were run in partnership with Four Corners (with a presentation by Emily and Anna of Contact Editions), London Print Studio (with a talk by Nobrow), and London Printworks Trust (with a talk by printmaker Linda Florence). Each also offered discounted membership for attendees to use their facilities to make new editions. Artist Paul Greenleaf was selected on application to receive a £1,000 bursary to make an edition for sale, recording his experiences for the Artquest website.

A series of open discussions throughout 2011-12 that focus on the economic developments and opportunities in the cultural sector that impact on artists, from the perspective of artists. The series shared knowledge and provoked action to enable artists to influence the future ecologies and economies in which they operate. Talks included:

Five commissioned film interviews with artists and gallerists talking about the legal issues they have faced in their work – copyright, appropriation, censorship, commissioning, and working with galleries – with comment from legal specialists.

Festival of Blackboards was a series of free events exploring the role of the artist and the creative process in today’s education system, organised by Cubitt Education in partnership with Artquest.

Held in La Chiesa Anglicana di Venezia during the opening week of the 2011 Venice Biennale, Soundings was a three-day exhibition and series of events bringing together open critical discussions, artworks and readings that questioned the Biennale’s power as cultural commodity.  National boundaries are being redrawn, cultural identities are being questioned and centres of global economies are shifting; these dialogues will focussed on culture as a global currency used as an expression of power through national identity.

A pilot project in the early days of crowdfunding, in collaboration with WeDidThis, that sought to support artists in the production of new work. As funds were not raised, the programme did not take place, but our learning from this experience led to new content on Artquest about crowdfunding for artists.

A one-off talk by Dr Peter Hill on his practice and the ideas around ‘Superfiction’. 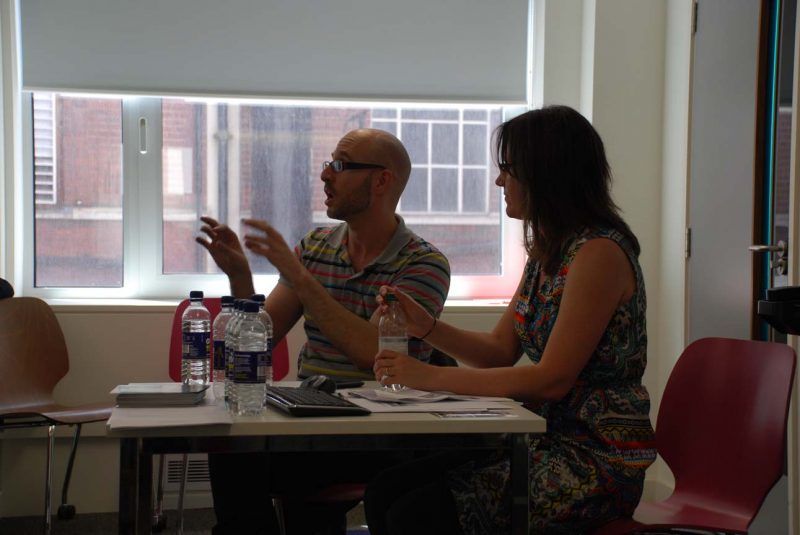 A series of hands-on seminars and workshops to help artists sustain their practice. To accompany this season of events, five artists’ commissions took place in curating, peer mentoring and networking, setting up an artist led space, working in education and working collaboratively. Events were held at: The Showroom, (on setting up an artist run space); Enfield Civic Centre (on writing and speaking about your work), Salon Contemporary (on gallery education); Arts Depot, (on working collaboratively); Acme studios and Intervention Gallery (on curating).

In Autumn 2011 Artquest supported E17 Art Trail: Walthamstow’s artist-led art festival across Waltham Forest. The Trail in 2011 had 258 events and venues – artist studios, galleries and pop-up events. E17 Art Trail is the brainchild of arts development organisation Artillery, whose aim is to support and promote local artists during the annual festival. The Trail, now in its seventh year, will present a myriad of events covering all art media, from a Poetry Trail to a Film Club, from a Designers market to exhibitions in shops, private homes, gardens, café’s and more. Artquest was present during various events, helping artists to make the most opportunities, and meeting with them over the length of the festival.

What work should I get paid for?