Collectivity, collaboration and experimentation in Budapest

I was first drawn to Budapest as a tourist, a love kept me coming back, and then I met someone who spoke the same artistic language and we started our first project, a non-hierarchical performance research group. I perceived the city to be open, available, a chorus I repeated when explaining to friends and strangers why I was moving there. It is not saturated in art and culture like other capitals, there is space for new projects, desire for them. 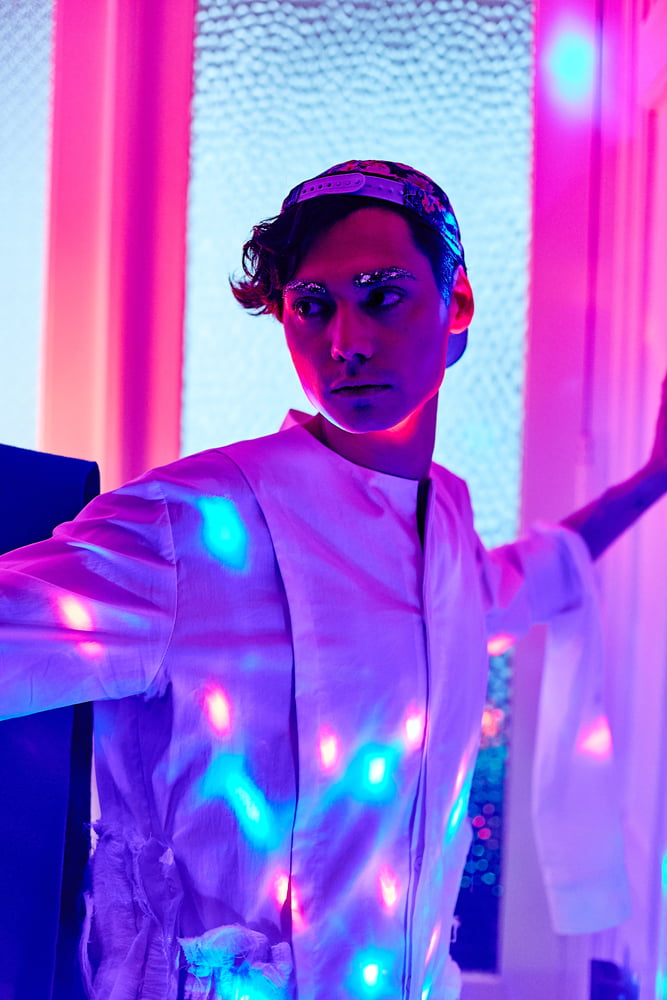 Three and a half years later, I still feel the city’s openness. On a practical level, there are physical spaces where projects can take root: FKSE, a gallery specifically for young artists, alternative community spaces where artistic practices can live, Müszi and Auróra, and organizations which offer free rehearsal space, The Workshop Foundation and SÍN. There is interest and movement. But there is not a lot of money and currently some of the alternative spaces are under financial and political pressure.

Being an emerging artist is a challenge regardless of geography. I spoke with several Budapest-based artists to get a broader perspective on the local art scene and the specific difficulties and strategies for surviving as a young artist in the city.

Anna Ádám is the founder and artistic director of Gray Box, an interdisciplinary artist collective. Gray Box works site-specifically, producing work that crosses between visual art, performance art, and fashion. Although Gray Box is regularly commissioned for work, it is never enough to make a living out of. Of the twelve artists who are a part of the collective, everyone has a day job – at a bakery, a yoga studio, a bank. Gray Box does not receive any public funding, for several reasons, including ideological concerns and the intersectional nature of their work. As it does not fit into any single category of visual or performing arts, they are not eligible for the state grants.

In our conversation, Ádám mentioned the necessity of being and thinking nomadic as a contemporary artist living in Hungary, “you have to cross the border…no choice.” Budapest-based artists often find better money abroad, performing at publicly funded events and festivals within Europe. 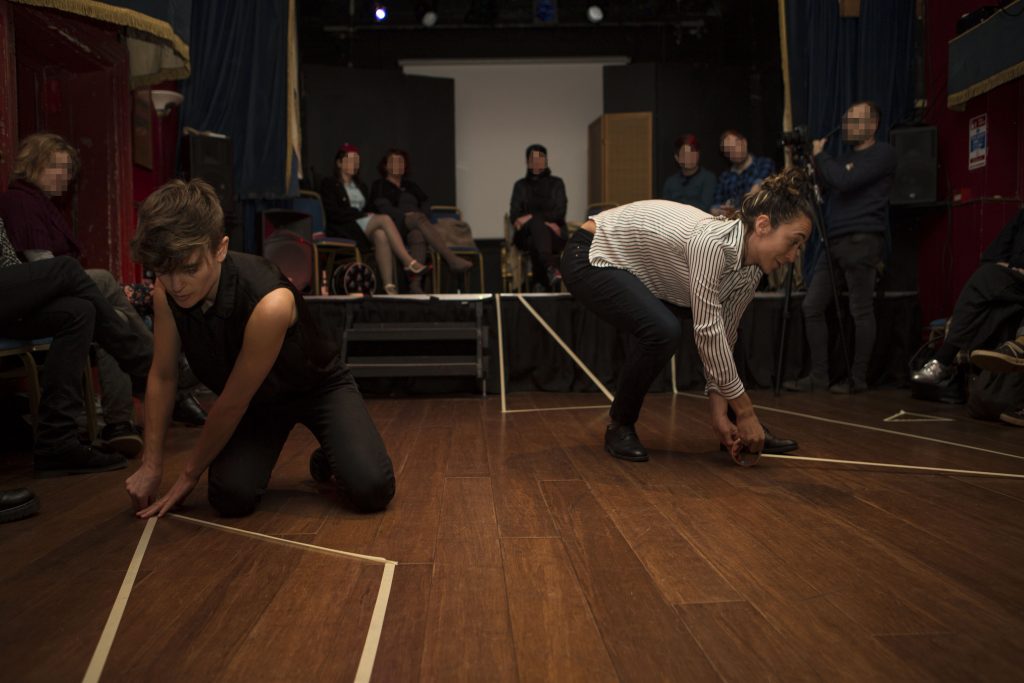 Performer Luiza Moraes and I discussed the strategy of having Budapest as a base, while taking work elsewhere. Together we have an experimental performance company, AVOEC, and in the past year have toured parts of Europe with our performance, RMQS (Raising My Queer Self) and workshop Radical Sloth: Performance as Self-Care. In our conversation, she mentioned the benefits of working in Budapest where you can find free rehearsal space and a “fresh underground scene” which welcomes experimentation. Her advice to young artists in Budapest: “Travel a lot and make connections” while using the “low pressure environment [in Budapest] to dare and try things.”

Moraes’ artwork isn’t her primary source of income (she teaches languages and makes handmade bags and wallets), work that influences her artistic practice. This work puts her in a “different mindset,” limiting the time and availability she has for projects and travel.

Theatre artist and co-founder of Pneuma Szöv., Sarah Günther, has been living in between Hungary and Germany for 10 years. Like Ádám and Moraes, she works alongside her artistic projects, teaching German and translating. Money for her projects usually comes from international funds, but the majority of the artists’ work with Pneuma Szöv. is voluntary. Günther describes the Budapest art scene as “vivid” though she “miss(es) a performance scene that is more linked to experimental theatre forms.”

Günther is inspired by her encounters and performative collaborations; she feels her work with Pneuma Szöv is useful. Nevertheless, she expressed sadness at the closed nature of the art institutions, the lack of funding for critical art, and the competition that occurs among independent groups and artists. In her experience, critical art and experimental forms have less value in Hungary than in other countries. In the face of these difficulties, she advises emerging artists in Budapest to “get together and build up alternative structures. Think about how we can make each other stronger.”

Some such alternative structures exist. Pneuma Szöv.’s latest project, Air Factory – Reclaim the Air!, will premier as a part of the independent art festival, Off-Bienálle Budapest in October. The Off-Bienálle is just one example of the several self-organized art events, which do not receive any institutional funding. Another is SLANT, a group I co-founded along with Moraes, Hwa Yi Xing, and Michael McCarty (mkm). SLANT is a platform for local and international artists; we organize events, the most regular of which is a party that joins performance art, installations, live music, and dancing. Events like this have a community vibe; artists of different disciplines coming together to share in each other’s work. 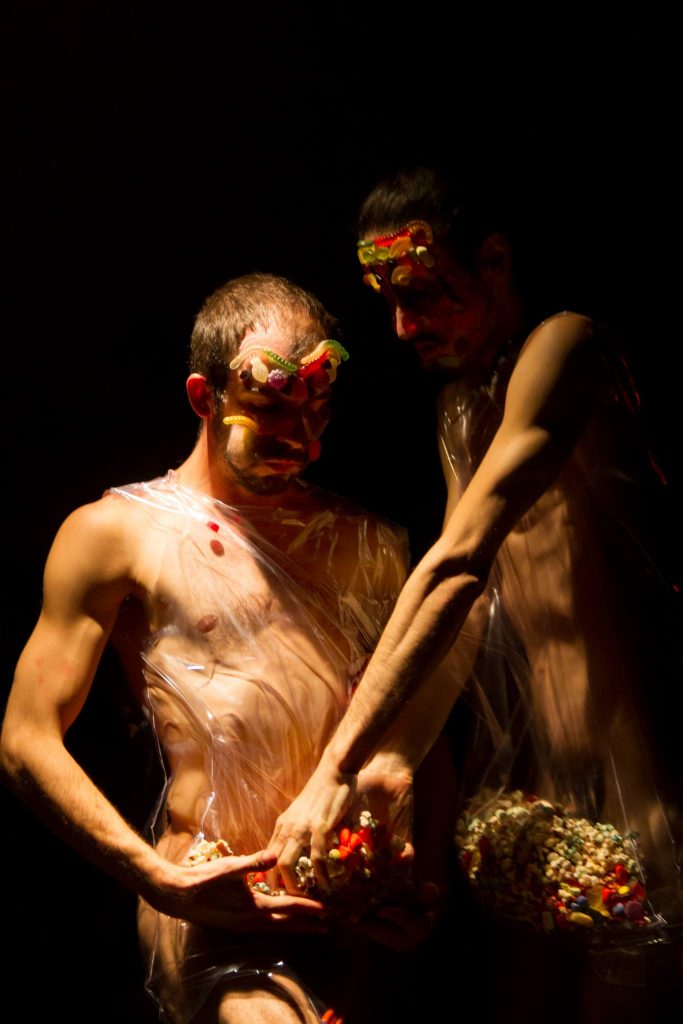 Cultural producer Viola Luckás also mentions the importance of grassroots artistic organizing. “Get together,” she says to young artists, “start your own space, do cultural activity and raise awareness in the public. Bring them closer to contemporary arts… It’s still possible to save the local scene…creating something in opposition to the institutions.”

This is what keeps me grounded in the city: creating and participating in projects that have collectivity, collaboration, and experimentation at the core. If you come to Budapest, start here.

Article by Lori Baldwin, a queer feminist artist, writer, and cultural organizer creating havoc and play by facilitating inclusive party spaces and performance events. She is originally from the USA, and lives and works in Budapest. She has been making original performance work both in collectives and individually since 2009. Her current performance work explores themes of intimacy, sexuality, anger, and desire.

Following on from our successful WFH Residency, Adaptations is an award for the next step. It will support visual artists seeking innovative authentic ways to adapt their practice for an age of physic… Continue Reading Adaptations